Each Province and Territory has their own nomination program in Canada with their own specific eligibility criteria and particular skill-set they need except Quebec. Province can invite any candidate from the Express pool matching their criteria like the precise skills, work experience and knowledge they needed in their Province or Territory. Each Canadian (PNP) has its own criteria, guidelines, as well as province specific “streams” which are individual immigration program targeting specific demographic of skilled workers, students, and business professionals. Express Entry Program is the fastest way for a PNP candidate to process their application. If you want to know more about which Province or Territory will be easiest for you and want proper advice and consultation here in Visabudy Best immigration Consultant you will be given advices from the experienced immigration consultants. 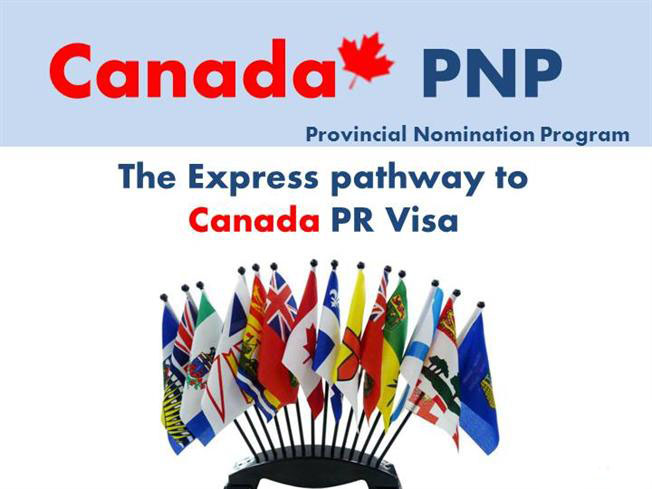 When you are creating your Express Profile you have to mention the Canadian Province or Territory, you want yourself to be nominated. Instead of waiting for Province or Territory to nominate you, you can directly apply for their nomination by the various “streams”. Applying through the method of Express Entry Program for your Provincial Nomination is the fastest way for Canadian Permanent Residence Visa. When you get Nomination from any of the Province or Territory you get bonus points(600 points) which increases your ranking in Express Entry Comprehensive Ranking System. With better ranking in Express Pool your chance of getting Invitation To Apply(ITA) for Canadian Permanent Residence Visa also increases. With the help of an immigration consultant lawyer(provided by Visabudy Best Immigration Consultant), they will help you in which province you have to apply for nomination based on your skill set, education and work experience and will even factor in the province’s target number of nominations for each category when identifying which ones offer you the best opportunity for success.

As you know each and every province or territory has their own requirement and criteria for them to nominate to any candidate based on their skill set, work experience and knowledge. But there are minimum requirements that needs to be fulfilled whether you are applying for nomination in any of the provinces:

Provincial Nominee Program(PNP) requires documentation to be submitted separately from your express profile. Documents can also varies from province to province but minimum required documents are as follows that are needed mainly by all the provinces :

Some major and famous of provincial nominee program are:

How to get Nomination For Express Entry Provincial Program

Mainly there are two ways to get the nomination for Provincial Nomination Program:

If you are nominated by a province, you can not just stay permanently in Canada. For permanent residence in Canada, you need to have a valid work permit. Until a candidate is issued a Canadian Permanent Residence Visa, he/she cannot preside in Canada unless they are given legal working status from Citizenship & Immigration Canada(CIC).

Provincial Nominee Program(PNP) are designed in such a way that they suits each provinces economic and social requirements. The following are the distinguishing features of provincial nominee program:

PNP offers custom immigration meaning that you can directly apply to the province you want to live in.

PNP use a downward scaling system where points are allocated according to candidate’s desirability. Point system is very similar to express entry point system but it differs in the assessment are either out of 100 or 1200 points. There are also point awarded region by region. If you want to settle in a high point area you will be getting more points and vice-versa. There are also some provinces like Manitoba where they deducts points if you have work experience from any other provinces.

This is the most unique feature on provincial nominee program. Final decision in each PNP is made on basis of economic viability of the candidate. Viability is checked through National Occupation Classification(NOC) where jobs are listed in various skill levels. As long as there is a job vacancy in the province for which you qualify, you can migrate there without needing a valid job offer.

Privileges which you get from PNP program are as follows:

Why Visabudy is the best immigration consultant for you?

With the help of Visabudy, aspiring immigrants can consult our experienced immigrant consultant lawyer who can help you to sort your potentials and skill set. Visabudy can help you to decide which provinces or territory is best according to your skill set, work experience and knowledge. Visabudy Best Immigration Consultant will help you to choose provinces best for you to settle in and live out your dream in Canada.